Written by dhara
This one’s especially for Ramya and Ruhi (who wanted to know all about what I did and where I went and what I saw and everything else). But it is also for all of you who come to read, and most importantly, for myself – for I don’t want to go six months down the line and say, “Hey you know I went to Italy, and then I went to this lovely place, but for all the things in the world, I can’t remember the name of the place. And you know what, this really funny thing happened,” and then start telling a story and then in the middle of it, start fumbling, for I would know that it was really funny, but wouldn’t be able to remember what made it funny! 😛 So, yes, this is for sharing everything I enjoyed on the trip and even things that I didn’t!
This post is actually in four parts – the pre travel, Italy with Bénédicte, Italy with Shivang and Paris (with Shivang, and without him too)! After all, I have been lucky to have two wonderful friends with whom I got to see things the way I would never have seen them myself! So welcome to this trip, which has given me a richesse I would have known very differently if it had been any different than what it was!


I had been looking forward to this trip for 6 months and it had been in the planning stage for 3! 😛 Well, I am slow in making decisions, I knew, but the Italian Embassy is even worse! They took ages to process my request for Visa but finally decided to give it to me anyway! And then there was whirlwind of activity, for the Visa only arrived 2 weeks before the trip and I had done nothing whatsoever to prepare for the trip (unless of course, buying a Lonely Planet Guide and not reading it  counts for preparation). A correction! I had already reserved my travel tickets, got myself a Eurail pass and booked hotels for the Week that I was travelling with Bénédicte! So it was a crazy two weeks of work, passing on the tasks to the rest of the team and shopping and meeting people.


Finally, on 24th of July, I arrived at the airport at 2 o’ clock in the morning, checked in everything, got myself a boarding pass – only to learn that the flight had been delayed due to ‘operational reasons’ for an unknown period of time. The Ahmedabad Airport in its current state is not the best of places to be even during day time and it is definitely not, at 3 am with a plane-load of passengers who have been warned of an indefinite delay without any clue about what was happening further about their journey and when it would take place.


I spent 6 very pleasant hours chatting with various members of the Emirates Ground staff Team, who kept trying to placate the irate crowd, organize the various services and arrange for further journeys for people like me who had a connection planned and were going to miss it. What a morning it was! Finally, Shivang and Bénédicte who were both to meet me in Rome in the afternoon were notified of the delay and told to get on with whatever they wished to do since I had no chance of reaching Rome before 8 pm myself.


Emirates put us on this lovely craft that was so huge you could actually fully recline on even the Economy seats! And I spent the flight watching two movies (where I was actually supposed to be looking up my Lonely Planet Guide so that I’d know what I wanted to do in Rome). But then the temptation was too great! ) Spending 4 hours in the Dubai Mall was the toughest part of the entier journey – for I didn’t want to shop. The Dubai – Rome flight almost made me think that the Ahmedabad – Dubai flight was only a screen -saver. Cramped seats, no leg space and terrible video screens! 🙁


Finally we arrived at the Rome Airport and the one good thing that I found at the airport was a coin changing machine! You can actually feed a big note to this machine and get small change from it! I had been warned to be very careful about my luggage and passport in Italy in general and specifically in Rome, but thankfully, I had never had a reason to worry about either. On the Rome Airport, you can either take a bus or The Leonardo Express to Termini (the main station from where you take a Metro to wherever you’re going). And so, the Leonardo Express it was.


When I arrived at the hotel at around 9.30, a surprise was in store – to top everything that had happened in the day, even Bénédicte had been delayed! I went up to the room, and decided to wait, and then thought may be I will lie down a little, which resulted in my falling fast asleep within 5 minutes. Bénédicte, whose flight to Rome had been canceled and who decided to take a detour to Madrid to reach to me on the same day, arrived completely exhausted close to midnight (which was a lucky thing, since public transport in Rome shuts down at midnight). We exchanged our notes of exhaustion for the day and fell right on to the beds only to wake up at 8.30 next morning.


For more on the good things, please wait till I get to the next part, Rome, Florence and Venice! 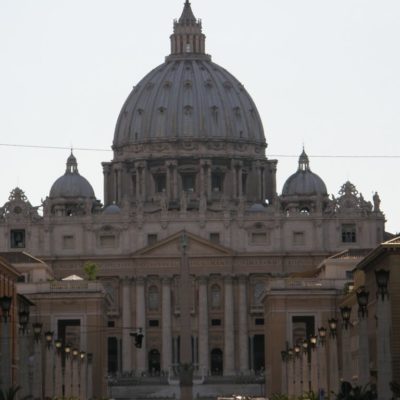